SPONSORED BY ROTARY CLUB OF ADYAR

Rotary International is an international service organization whose stated purpose is to bring together business and professional leaders in order to provide humanitarian service and to advance goodwill and peace around the world.

The first Rotary Club was formed when attorney Paul P. Harris called together a meeting of three business acquaintances in downtown Chicago, United States, at Harris's friend GustaveLoehr'soffice on February 23, 1905. In addition to Harris and Loehr, SilvesterSchiele and Hiram E. Shorey were the other two who attended this first meeting. The members chose the name Rotary because initially they rotated subsequent weekly club meetings to each other's offices, although within a year, the Chicago club became so large it became necessary to adopt the now-common practice of a regular meeting place.

Rotaract originally began as a Rotary International youth program in 1968 at Charlotte North Rotary Club, North Carolina, United States, and has grown into a major Rotary-sponsored organization of over 9,522 clubs spread around the world and 291,006 members.

It is a service, leadership, professional and community service organizationfor young men and women between the ages 18–30 (membership will end upon reaching 31 years of age).

Rotaract focuses on the development of young adults as leaders in their communities and workplaces. Clubs around the world also take part in international service projects, in a global effort to bring peace and international understanding to the world.

"Rotaract" stands for "Rotary in Action", although the name originally comes from a combination of "Rotary" and "Interact" (International + Action), the high school level program created by Rotary International in 1962.

Rotaract Club of MNM Jain Engineering College was chartered on 5th November, 2003 by the District Rotaract Council 3230 with huge support of our college management. The Rotary Club of Adyar is our Honorable Parent Club who extended their gracious support and guidance for the club’s successful functioning.

The first charter president was Rtr. KarthickGanesan, who with his team laid a firm trustfor Rotaract Club of MNM Jain Engineering College.

The youngsters were encouraged to give innovative ideas and build up their self-confidence, professionalism and their talents. Among the innovative projects, the signature projects ofRotaract Club of MNM Jain Engineering College are SANGAMAM- a cultural festival for the government school students, Blood Donation Camp and VAZHIKAATI – a career guidance campaign for school students.

The team RTR took oath in serving the society with innovative project ideas. The team was officially installed on 26th July 2018,as Rtr.Tamilselvan. S. K as 16th President for the year (18-19). The team has bloomed out with some fine projects and are working well for their upcoming projects.

ROTARACT CLUB OF MNM JAIN ENGINEERING COLLEGE successfully conducted our Club installation on 26thJuly 2018, as Rtr.Tamilselvan as 16th President along with office bearers. The year theme ,“RTR – READY TO RISE ”was launched and the day was graced of our Principal DR.KV Narayanan, our chief guest Rtn.PP.Thiyagarajan, Rtn.M N Seshiah, our guest of honor and Rtr.PP.Muneshwaran Mani as our special guest. 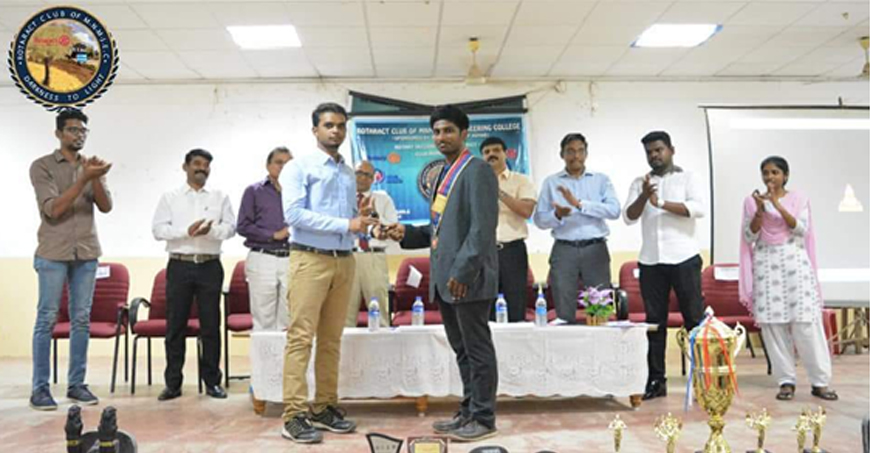 Rotaract Club of MNM Jain Engineering College celebrated our country's 72nd Independence day in our college campus on 15th August 2018. The Tri-colour flag was hoisted by our honorable principal Dr.K.V.Narayanan. 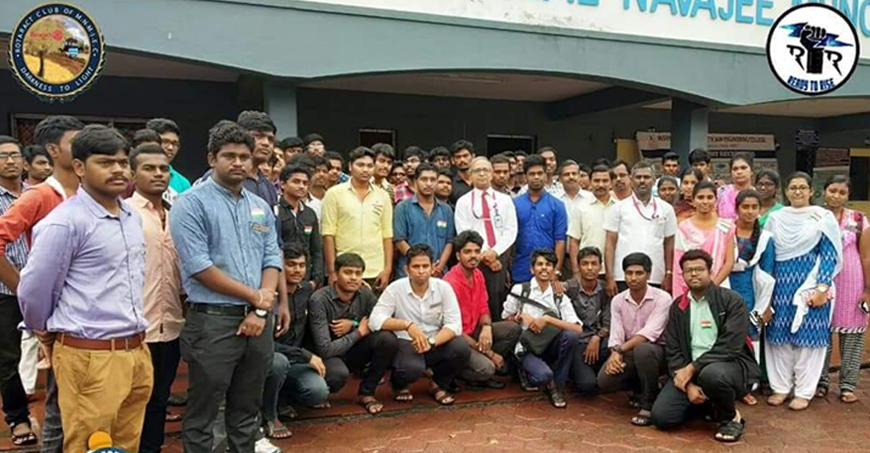 "KICK START" is an Orientation program for Green Rotaractors to know about the impact that Rotaract has made for the past years. The program was conducted on 6th August 2018. The program was handled by Rtn.Solomon (District Rotaract Committee Chairman) and Rtr.Ansar. 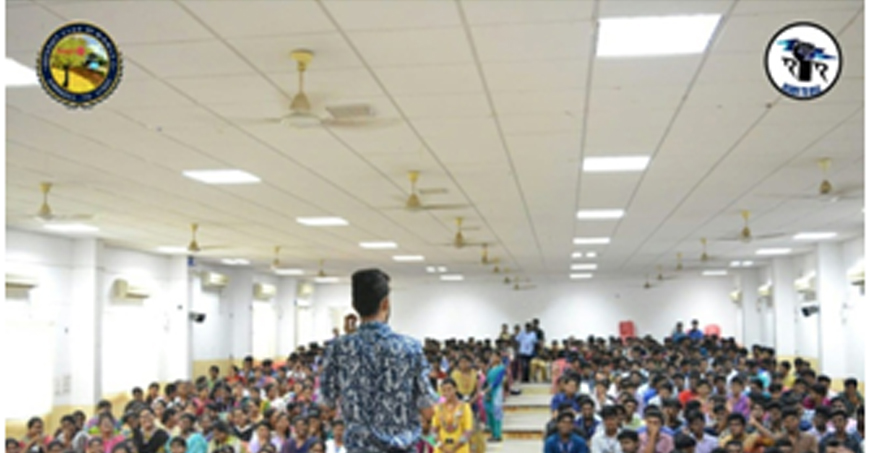 Rotaract club of MNM Jain Engineering College conducted "ADRAA 6", a cricket tournament on Oct 2nd 2018, to showcase the sportsmanship spirit of the Rotaractors. About 250 Rotaractors participated and developed their friendship. 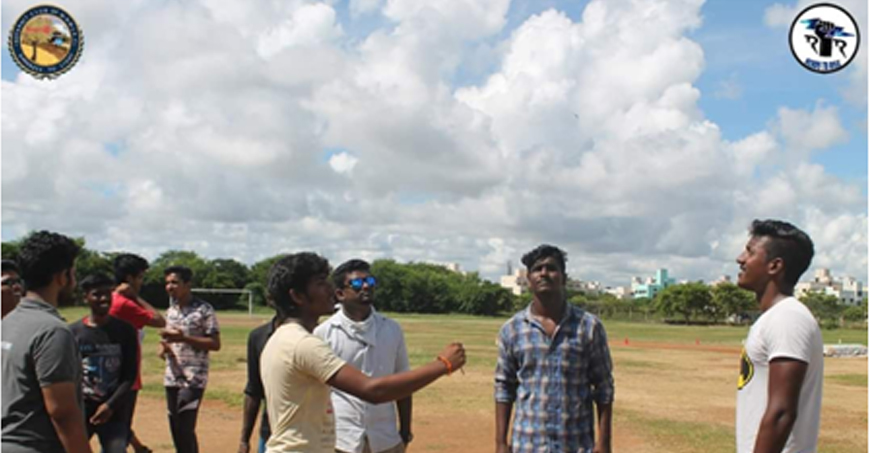 "VidhigalaiMadhi", an event conducted on remembrance of Rtr.PP.Noushath Ali, to promote road safety awareness on 20th October 2018.Rotaractors of our club of insisted the people to wear helmet and seat belts through pluck cards, posters, charts. More than 100 people were safeguarded by wearing their helmets and seat belts because of the awareness created. 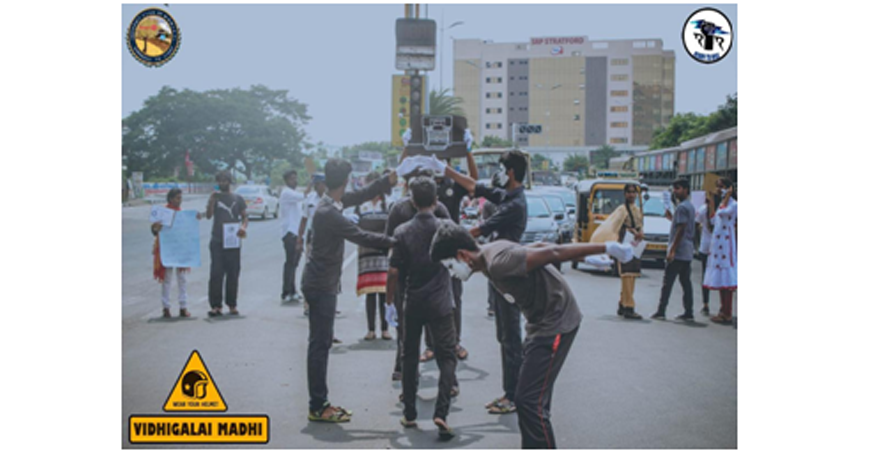 "CAMPUS TO CORPORATE" an event conducted to groom the Rotaractors on professional skills, which are to be faced during their placements. The event was conducted on 26th December 2018, about 30 members participated in this session 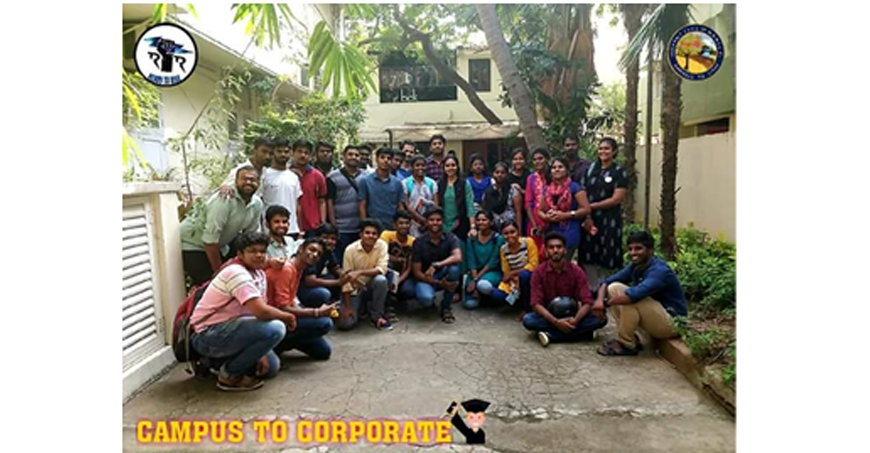 "IRAIVI" an emotional mixed fun experience ,conducted to learn and understand the life experiences of the transgenders. Their misery and sufferings were shared to our Rotaractors , which made the members understand the views of their life. This event was conducted on 30th December 2018, about 40 members attended this event. 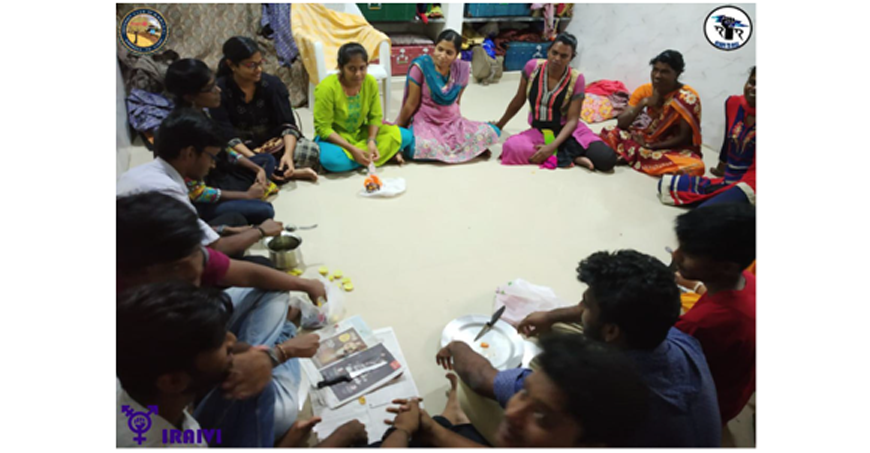 "INBAM" as the name, the day was special in the calendar’s of our Rotaractors as they got to spend time with the kids .Rotaractors also provided a healthy meal and stationary kits on 13th December 2018, which encouraged the kids to pursue education. 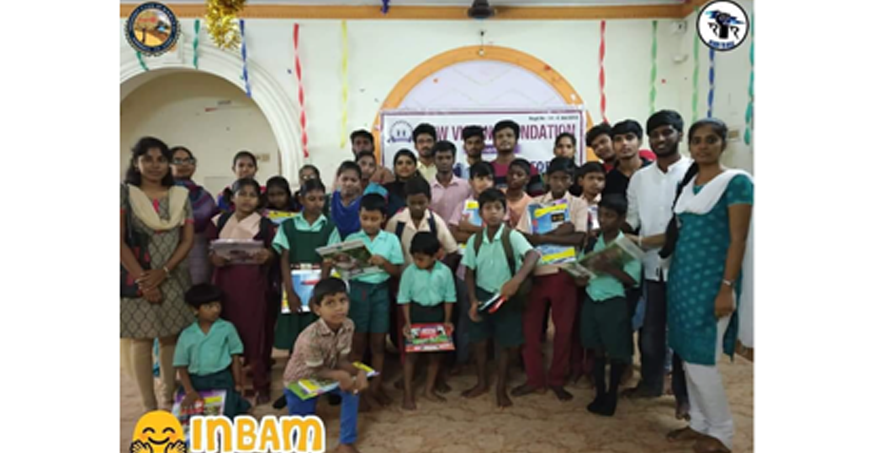 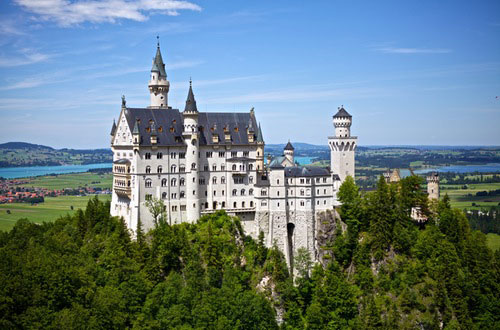